Introduction to the procedures and principles of mold assembly of precision stamping parts.

Dongguan Fortuna has been committed to precision metal stamping custom processing for more than 20 years. We can design and manufacture stamping according to the different needs of customers, and apply them to internal production. Below we will introduce the procedures and principles of precision stamping die assembly.

The key to die assembly of precision stamping parts is how to ensure that the relative positions of the convex and concave dies installed on the upper and lower die bases and various parts related to them can work normally when the mold is closed, and punch out workpieces that meet product requirements. To this end, it should be mentioned that all kinds of parts put into assembly must meet the processing requirements of the assembly process for all kinds of parts.

For example, for the fixing plate with multiple punches, the relative position dimensional accuracy and step distance accuracy of each type of hole must be consistent with the die and the stripper plate; the bolts and pins on the backing plate have a large gap through the holes, which can Drilling according to the size of the drawing, after quenching, the upper and lower surfaces should be strictly ground; the overall die installed on the upper die seat or the lower die seat, in addition to the processing of each hole conforming to the requirements of the drawing, should also be processed out bolts Holes and pin holes, which are put into assembly after heat treatment and finishing, need to be connected to the fixed die base and guide plate.

The screw holes and pin holes on them should be drilled and matched according to the corresponding holes on the die during assembly. hinge. Based on this, although the types and structural characteristics of precision stamping parts are different, the assembly methods and installation sequences used are also different, but the assembly principles that should be followed are the same. 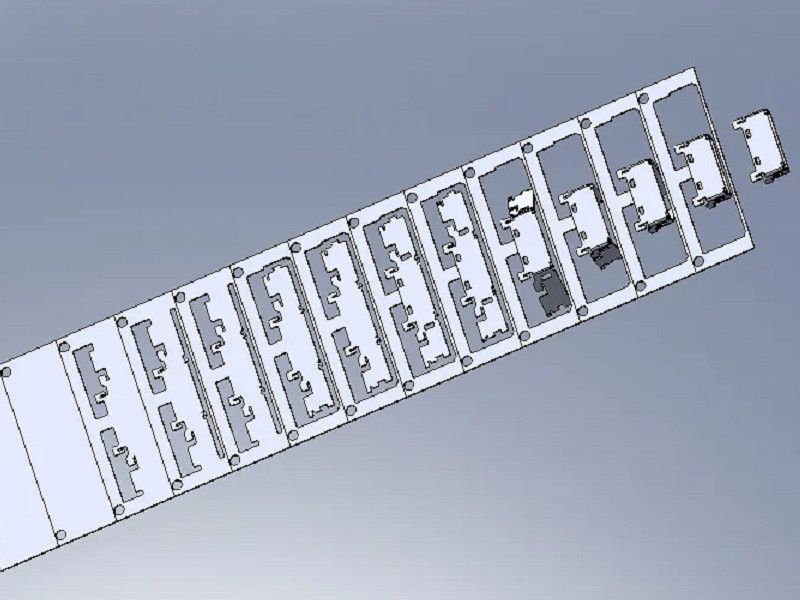