What are the surface treatments of metal stamping parts？

Metal stamping products can be seen everywhere in our lives, and these products have been surface-treated when we see them, which is a process of forming a coating on the surface of the workpiece by a certain method. This gives the product the effects of rust resistance, oxidation resistance, corrosion resistance, more aesthetics and improved performance of the product. So what are the surface treatment methods for metal stamping parts? Dongguan Fortuna will introduce to you below.

The plated metal or other insoluble material is used as the anode, the workpiece to be plated is used as the cathode, and the cations of the plated metal are reduced on the surface of the workpiece to be plated to form a plated layer. In order to eliminate the interference of other cations and make the coating uniform and firm, a solution containing metal cations in the coating should be used as the electroplating solution to keep the concentration of the metal cations in the coating unchanged. The purpose of electroplating is to coat a metal coating on the substrate and change the surface properties or dimensions of the substrate. Electroplating can enhance the corrosion resistance of metals (the plated metals are mostly corrosion-resistant metals), increase hardness, prevent wear, improve electrical conductivity, lubricity, heat resistance and surface beauty.

Zinc plating and tin refer to the surface treatment technology that coats a layer of zinc on the surface of metals, alloys or other materials to play the role of beauty and rust prevention. Now the main method is hot-dip galvanizing.

Phosphating is a process of chemical and electrochemical reaction to form a phosphate chemical conversion film, and the formed phosphate conversion film is called a phosphating film. The main purpose of phosphating is: to provide protection for the base metal and to prevent the metal from being corroded to a certain extent; to be used as a primer before painting to provide the adhesion and anti-corrosion ability of the paint film; to reduce friction in the metal cold working process Lubrication use.

The paint or powder is attached to the surface of the workpiece by pressure or electrostatic force, so that the workpiece has the effect of anti-corrosion and appearance decoration.

Put primer and topcoat on the substrate, and send it to a dust-free constant temperature baking room for baking every time it is painted.

Dongguan Fortuna is a manufacturer of precision metal stamping and metal insert injection molding, dedicated to providing one-stop solutions for precision metal stamping, metal drawing and metal insert injection molding to customers from all walks of life around the world. We will provide you with consulting services and customize R&D according to your needs, and look forward to further cooperation with you. 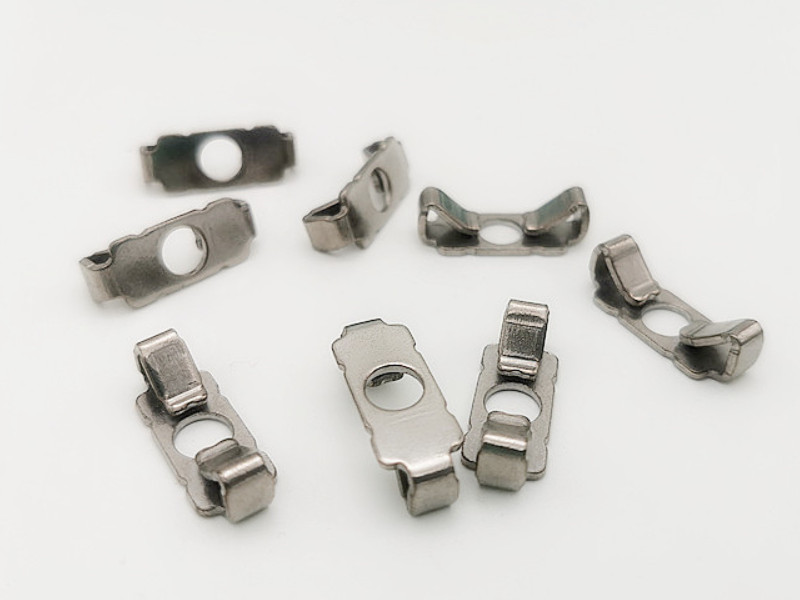