In the production process of metal stamping parts, the gap between the die and the punch of the stamping die needs to be accurate and reasonable, otherwise it will have various adverse effects on the stamping process, such as affecting the life of the die, the impact on the quality of the section, and the impact on the stamping process. The effect of dimensional accuracy and so on. Next, the editor of Dongguan Fortuna will analyze the common methods and characteristics of the gap adjustment of metal stamping dies.

Place the cushion block between the fixed plate and the die, and clamp it with clamps; turn over the stamping die, clamp the die handle on the flat-nose clamp, illuminate with a hand lamp or flashlight, and observe in the leakage hole of the lower die . Determine the gap size and uniform distribution according to the light transmittance. When it is found that the transmitted light between the punch and the die is too much in a certain direction, it means that the gap is too large. Hit the corresponding side with a hammer to make the punch move in the larger direction, and then repeat the penetration. Light, adjust to fit.

Features: The method is simple, the operation is convenient, but it is labor-intensive, and it is suitable for the assembly of small stamping dies.

Apply a layer of paint (such as enamel or aminoalkyd insulating paint) on the punch, the thickness of which is equal to the matching gap (one side) of the punch and the punch, and then insert the punch into the hole of the punch to obtain a uniform punching gap .

Features: This method is simple and suitable for stamping dies that cannot be adjusted by the gasket method (small gap).

Features: The method is simple, the operation is convenient, and it is suitable for large gap molds with a matching gap (one side) of the convex and concave molds above 0.02mm.

The copper plating method is similar to the coating method. A copper layer with a thickness equal to the unilateral fitting gap of the convex and concave dies is plated on the working end of the punch instead of the coating layer, so that the convex and concave dies can obtain a uniform fitting gap. The thickness of the coating is controlled by the current and the plating time. The thickness is uniform, and it is easy to ensure that the die blanking gap is uniform. The coating can peel off by itself during the use of the die and does not need to be removed after assembly.

Features: The gap is uniform but the process is complicated.

Features: The process is more complicated, but the effect is ideal, and the adjusted gap is uniform. 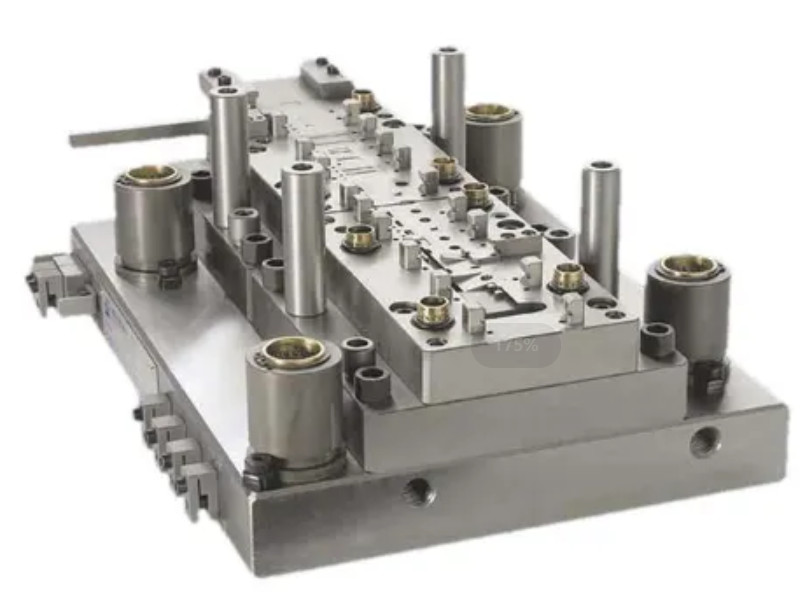